The "About Me" That LinkedIn Doesn't Tell You

How difficult is it to get to know someone that, well, you don't know? Very. Many of my readers know me. I'm not sure this is a good thing. Colleagues used to tell me that when meeting someone I should use "Jeff Lite". Just so you know... I'm not sure there is a Jeff Lite. 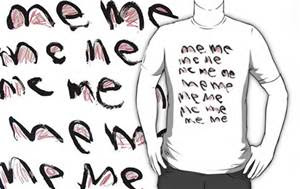 Most of my readers, however, don't know me. And the benefits of having a blog is that I can write what I want. I have written About Me posts in the past (see links), telling you my sports teams and some other personal information. So this post would be a complement to those.

Not in My LinkedIn Bio

I think people that care too much what other people think are crazy. I think people that care nothing about what other people think are crazy too. We are all mostly in between the two crazies. I lean towards the latter. My wife thinks I lean a little too much. This leads to spirited discussions on what I choose to wear. I dress for comfort. And economy. If it were up to me, my blue jeans would come from the Dollar Store. What are they eight bucks? C'mon.

Modern day trappings are too expensive! If we had to, my family could cut our living expenses by a third. Over $200 a month for cable? Ridiculous. Two thousand dollars for a couch? You haven't been to Big Lots. Three hundred dollars for a pair of shoes? My most comfortable shoes are Tom McCann's I bought at Kmart years ago in a traveling pinch. I am convinced if I were living alone my flatware, furniture, clothes, etc. would all be bought at discount stores. I would have Tupperware-like containers that were once the olive or lunch-meat containers, and all my drink containers would be used milk jugs. I would live in an RV, like Trapper John MD. But electronics and other gizmos, that's another story.

I don't understand why a three person family would have a 4,000 square foot house. I also don't get status cars. If someone came up to you and said: "Buy this thing, it costs you 100% more than the other thing and will cost much more to operate, but people will think better of you." I don't think any of us would do it. But somehow we do. Marketing. It's all about Marketing!

I believe in personal responsibility. I was on jury duty a couple of months ago and didn't get selected. If I was on a jury and someone said "I did it, but here is why"... It probably wouldn't matter to me, with limited exceptions. They did it. A Navy lieutenant once said be careful pointing fingers, because the rest are pointing back at you. If you did something, don't say it was because of him, her, or that person over there. You did it! Own up to it. In my view, society would be a better place if I can convince everyone to think the same.

Victimhood and personal offense. There are many current events swirling around us that offend people. Most aren't even impacted by the event! I know there are bad breaks in life. But they supposed to contribute to the person we are trying to become. And if you are suffering bad break after bad break, perhaps it is because of your choices. Or you're Job from the Bible. That guy couldn't catch a break. But for others not named Job, see my personal responsibility diatribe above. We are quick to align with the victim industry. After all, protectors of "victims" are here to help, right? How is that working out? Most of those protectors have bigger than 4,000 square foot houses.

I see things in black and white. Many people think everything is a gray area. I see most things as they are. Don't know if that's good or bad, but it's me.

American capitalism should evolve so we all strive to maximize our God-given talents, earn the fruits of our successes, and give what we don't need to the charity of our choosing, that is NOT the federal government. The challenge is to determine what we need since pensions have gone the way of the dodo bird and with 401k's we need to estimate when we'll die. I currently estimate 92. So if you see me on the street at 93, run me over because I will be broke. I will carry a note in my pocket forgiving you. As penance, though, could you run a GoFundMe campaign for my funeral? As I said, I will be broke.

I think intelligence is being aware of how much you don't know. And the ability to predict consequences further into the future. Maybe that's because I don't know so much. Like specific lines from Goodfellas.

Which reminds me, I can't channel surf past certain movies, like Shawshank Redemption and Field of Dreams. I am compelled to stop and watch. At least until the wife walks by and says something like, "oh my God this again?!". Oddly, I can surf past other fantastic movies, like The Godfather and Hot Tub Time Machine.

As in my Scranton days, I still drink beer. But my tastes have definitely evolved. Sorry Genny 12-Horse.

I would go to jail for my daughters. That is for the benefit of anyone that might contemplate harming them. I write this because I'm a bank consultant, and probably couldn't sell the polishing the rifle in the back yard bit. Because I don't own a rifle. But there are many ways to skin a cat :)

My now-wife was my high school prom date. She saw the potential. She's wondering when I'm going to realize the potential. But hey, I'm working on it.

There you have it. Hopefully you have a better idea of the person behind the words. Why don't you tell me something about you that is surprising?

I hope you are enjoying your summer! Thank you for reading!

Email ThisBlogThis!Share to TwitterShare to FacebookShare to Pinterest
Labels: about me, all about me, jeff lite, Jeff Marsico, linkedin, personal, stuff about me