I intentionally waited until after Election Day to write this update, not knowing it would become Election Week.  I was hoping that the politics would have died down, but that was not to be.  The markets are taking it all in stride, rallying strongly for most of this week and they seem more grateful for the prospect of a divided Congress, i.e, gridlock, where the Senate is retained by Republicans to counterbalance the Democratic House than by the outcome of the Presidential election outcome.  The markets believe the chance of tax hikes, repeals of tax cuts, and gigantic initiatives are greatly diminished. 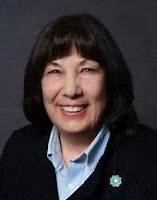 Stock prices are rising strongly, but bond prices have fallen from their highs.  A great GDP growth number for the third quarter of +33.1% last week and a large, 1% drop in the unemployment rate to 6.9% today have left fixed income investors thinking that the worst may be over for the economy.  But the ever present threat of COVID-19 lingers, with cases rising around the world.

The Ongoing Pandemic & The Economy

Strict lockdowns in our area were lifted in June, but there are still restrictions on many segments of the economy, such as bars, restaurants, the travel industry, entertainment, sporting events, and the like.  Many schools are conducting hybrid and virtual classes.  Life has gone on, but has not returned to normal.  Our behaviors have changed with fear of the virus.  Did you manage a vacation over the summer?  Many people would say, no, they did not want to travel.

Jamie Dimon, CEO of JP Morgan Chase, said recently that we need to reopen the economy, safely of course, and especially in New York City.  Stop the economic devastation from the lockdowns.  He encourages leaders to let businesses reopen, so they can generate revenues and rehire employees.  He encourages those employees to go into the office, although he admits that some work-from-home will become a permanent change.  He also thinks kids should return to their classrooms at school.

There are lingering effects that are restraining economic growth.  Despite the improvement in the unemployment rate to 6.9% from its high of 14.7% in April at the height of the lockdowns, there still remain 10 million jobs lost since the pandemic began.  That leaves many on unemployment compensation, unable to pay rent or mortgages.  Small businesses are behind in rent and building owners have sought deferrals of their payments to lenders.  If people can get their jobs back, they can possibly refinance their mortgages in this exceptionally low rate environment.  Moody’s estimates that there is $70 billion in back rent across the nation.  Think for a minute about how huge that number is.

GDP surged by +33.1% (annualized) in the third quarter, after devastating declines of -31.4% in the second quarter and -5.0% in the first quarter.  Our economy remains about 3.5% lower than its peak in the fourth quarter of 2019.  The Federal Reserve estimates that fourth quarter growth will be +6.0%, so we may get back.  By the way, our economy has done better than all other nations; for example, Europe is 4.3% under their fourth quarter peak.  Even if we “get back” to earlier GDP dollar levels, it will have been an uneven recovery, with many individuals and businesses still struggling without adequate revenues.  The Federal Reserve has pledged to keep interest rates low until we reach full employment, which I estimate at 4.0%, and inflation averages above its target of 2.0%.

This is very significant, in that Fed Chairman Powell finally threw out the Phillips curve.  The Fed seemingly relied on this curve in that every time unemployment got low, they screamed inflation!  So now they are prioritizing full employment and will switch to “AIT,” or average inflation targeting, allowing the inflation rate to exceed their target for a period of time, rather than raising rates as they did from 2015 to 2018 chasing inflation that never materialized.

Unemployment rates soared after the lockdowns began in March, 2020.  Our area did not escape the devastation.  The national unemployment rate peaked at 14.7% in April and has steadily declined to 7.9% in September and 6.9% in October.  For a time, from April to August, our counties were trending 2% to 3% higher than the national average, which was worrisome.  Thankfully, this has corrected at least into September, when the national average was 7.9%, Bucks was 7.1%, and Montgomery was 6.6%.

The housing market is robust across the nation.  Prices on a year-over-year basis are accelerating, especially as people are migrating from cities to suburbs and state to state and are trading up to newer or larger homes as the pandemic progresses and they spend more time at home.  The latest national CoreLogic home price index for September, 2020 was +6.7% year-over-year.  Bucks and Montgomery counties are close to that for September, according to Zillow, at +6.4% and +5.5% year-over-year, respectively.  Projections for 2021 are at about +7.0% for all, driven by new trends in migration, smaller than normal housing inventories, and extremely low mortgage rates.

Our regional economy, covered by the Philadelphia Federal Reserve’s Third District, is doing well into the fourth quarter.  Their published indices, the Philly Fed and Philly Fed Non-Manufacturing, both rose in October, to 32.3 and 25.3, respectively.  Backlogs for both are lagging and weak, at 8.3 for the regular index and only 4.0 for the non-manufacturing one.  Not surprisingly, the quick recovery could give way to slower growth as we move forward.

Federal Reserve Chairman Jerome Powell put it best:  The outlook for the economy is “extraordinarily uncertain.”  When the election is finally behind us, we can work on the things voters said were their priority- the economy, the pandemic, and health care.  A stimulus bill from Congress to aid individuals, small businesses, and devastated industries such as airlines, which have been completely crippled by COVID-19, seems a strong possibility before year-end.  That may have factored in to the Fed’s projection of +6.0% GDP in the fourth quarter, followed by +4.0% in 2021.  Much hinges on the pandemic, therapeutics, and vaccines.

We will have low interest rates for at least three years, as promised by the Federal Reserve.  Many economists think that rates will stay near zero for the next five to seven years.  Remember, it took the Fed seven years to raise rates from the zero bound after the Great Recession of 2008.  When they finally tightened in December, 2015, core inflation was at +1.5% and unemployment was at 5.0%.  Thankfully, the Fed pushed the final Phillips curvers out!

COVID-19 is our number one uncertainty.  Are vaccines on the way soon?  Four companies, including, Moderna, J&J, AstraZeneca, and Pfizer- have their vaccine in late stage clinical trials, and most are taking risk to produce vaccines in case they are successful and approved to save time in getting them to the people.

Now, I will continue my rant about huge amounts of debt being added by the US Government.  Year-to-date, there was $4 trillion of new debt issued, bringing the outstanding total to $27.2 trillion, or 127.6% of GDP.   Economic growth has been proven to slow when debt-to-GDP exceeds 90%.  It is no coincidence that growth was in the low 2% range since 2009, when debt was sustained at over 90%.  The one benefit of that time period was that it was the longest, although lowest growing, economic recovery since World War II at 127 months.  If we managed to have growth of 2% during that time, I think once the “lockdown” rebound is over, and we resume “normal” growth, I think GDP will be less than 2%, due to the continuing increase in the debt-to-GDP ratio.  That may be our new “normal.”

Finally we are all weary and tired of lockdowns, capacity limits, and travel bans.  I keep thinking of one of my favorite quotes by Ernest Hemingway:  “There are only two places in the world that you can live happy.  At home and in Paris.”  One can only dream!

For those of you who have known me and read my quarterly updates for years, you may remember my favorite machine, the Large Hadron Collider, the 17-mile long circular tunnel built deep under the mountains in Switzerland, where all kinds of physics experiments and smashing of atoms take place.

The Collider, which is now over 12 years old, was down for maintenance for the past several years, but news about its activity has started again.  Previously, researchers in 2012 discovered its most famous particle, the Higgs Boson, which is a key building block of the universe.  In October of this year, they observed the decay of these particles for the first time.  They are now looking for mini black holes, and possibly parallel universes.  Recently, scientists created matter from high speed light.  And they are looking to take the power in the Collider up to 9.5 TeVs, or Tera-electron volts.  Each TeV is one trillion electron volts.  It’s crazy how scientists can work with atomic particles.  Stay tuned!

Dorothy Jaworski has worked at large and small banks for over 30 years; much of that time has been spent in investment portfolio management, risk management, and financial analysis. Dorothy has been with Penn Community Bank and its predecessor since November, 2004. She is the author of Just Another Good Soldier, and Honoring Stephen Jaworski, which details the 11th Infantry Regiment's WWII crossing of the Moselle River where her uncle, Pfc. Stephen W. Jaworski, gave his last full measure of devotion.
Posted by Jeff Marsico at 2:09 PM No comments:

Create Operating Discipline at Your Bank

Bankers have made great strides in developing the strategies to succeed over the long-term, analyzing the customers that most value their strategic direction, and gaining the buy-in from their Boards of Directors and employees. The next challenge is to build the environment and culture where the organization moves toward its aspirational future. To create operational discipline that greases the gears toward the bank you want to be without continuous leadership intervention.

In the video blog I give one specific example of how to do that. Make your own choices on the operational discipline you need to move you closer to your aspiration.

Link in case the video doesn't appear on your device:

Posted by Jeff Marsico at 10:21 AM No comments: