I moderated a strategic discussion at a recent banking conference. In that meeting, the CEO of a community bank said he offsets his branch costs by leasing branches out to unrelated businesses, like a masseuse. I thought he was joking.

The anxiety community bankers feel about consolidating branches is palpable. What if you are the only bank in town and creating a banking desert? How about if you bank the local municipality? What if one of your directors is the town manager? Will the regulators frown on us closing a branch in a rural and/or low to moderate income town? 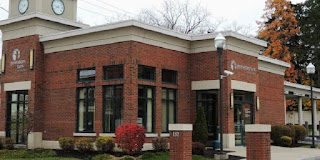 In survey after survey, retail and small business customers consider branch location as important in determining where to bank. This gives a lot of anxiety to fintech promoters. "Chime has 12 million accounts!" Failing to mention the average balance per account might get one of those account holders a couple cases of beer and pay the cell phone bill.

Large banks, who are community banks' most impactful competitors, are consolidating away from low population density areas. Community banks consider branching a differentiator. This will put community banks at a significant disadvantage with pricing, as the direct operating expenses of the branch as a percent of its deposits averaging 90 basis points, according to my firm's profitability outsourcing service.

That's 90 basis points the bank can't pay in interest to depositors that Ally Bank can. How can the community bank compete?

Here are some ideas.

1. Lease space to complementary businesses- I'm not sure I would do the massage parlor, but I'm also not sure I wouldn't. We have far more square footage in our branch than today's bank customer demands. The last cohort of branch-heavy transaction customers were forced to use online and mobile during the pandemic, and it makes no sense to design branches to serve that diminishing crowd's needs. Put some investment into partitioning to lease to the local insurance agent, lawyer, or wealth manager. The lease expense could offset branch direct operating costs and could provide the branch with an embedded center-of-influence referral source.

2. Staff with high powered bankers covering two markets- I think if we were brutally honest with ourselves, are our branches staffed with people that are so well known in the towns they serve that they are also the head of the local Rotary, or on the school board? Community banks have been slow to flip the script on the people demanded in branches. Efficient transaction processors or super star business developers and customer advisors? Be honest. What if we staffed with the latter, which would likely cost more (but also should result in greater deposit balances per office), and have that branch team cover two branches. Are there laws that require each branch to have 40 lobby hours and four extra drive through hours? Staff a branch with a manager, assistant manager, and two personal (universal) bankers and have the manager be the king/queen of one of the locations and the assistant branch manager the king/ queen of another. Split the hours. Install an ITM in a man-trap or inner drive thru lane so transactions can be processed when the lobby is closed. Keep your commitment to the town.

3. Proper Measurement- "We have loans there!" "We bank the municipality!" These are objections we hear in the branch consolidation discussion. These are emotional arguments. If you measured branch profitability, you would know which branches do and don't make money. You could allocate residential and commercial loans into the branch in your reporting to answer the question: "With loans added, are we profitable in this location?" Proper management accounting systems could look at branch profitability with loans (market profitability), and without them because branch managers are not responsible for the commercial and residential lending in that town. But we typically don't do it. So branch decisioning degrades to emotional arguments about this or that customer, or how the bank will be perceived if they consolidate that location. How would you be perceived if you starved strategic investments because you are supporting an unprofitable branch?

Do you think branching serves as a differentiator in your markets? If so, how do you propose improving their overall performance?

Posted by Jeff Marsico at 9:39 AM No comments: