How Can Banks Thrive in the Next Five Years?

I was invited to speak at a bank client's annual meeting of shareholders on what I think a bank needs to do to thrive. Although I speak extemporaneously, I thought it best if I wrote my remarks beforehand and use it as a guide. Below is what I wrote and largely what I delivered, edited for easier reading.

My Remarks to Bank Client's Annual Meeting of Shareholders

"I want to thank [Chairman] and the Board, [CEO] and the management team for asking me to come out and remark on where I think the banking industry is going over the next five years. Now, normally, one would think they would be concerned about what I might say to their shareholders. But, since I AM a shareholder, and I've know the team for a long time, they put no limitations on me. Probably a mistake.' 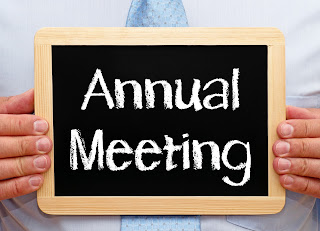 'If you put together a word cloud on the history of banking from post Great Depression to the birth of the Internet (thank you, Vice President Gore), you probably would be hard-pressed to find the word "change." Indeed, since the banking laws that were spawned from the Great Depression, banking has been stable, reliable, and boring. I know, my first job in banking in 1985 at Northeastern Bank of Pennsylvania was making microfiche. I could barely stay awake during my shift.'

'Since Vice President Gore invented the Internet, things have been all catawampus. And it wasn't just the tech explosion. Banks were permitted to branch wherever they wanted. There was deregulation as to products and pricing. The money market mutual fund became a formidable competitor to the bank account. And products started migrating online. First Internet Bank in Indiana was founded in 1998. Probably ahead of its time but it currently has $4.2 billion in total assets. Rocket Mortgage (Quicken Mortgage at first) came into being in the late 1990's. In Pennsylvania, Rocket has number 1 market share. Of all of the banks you will pass on your way home, find me a Rocket Mortgage office.'

'And the challenge will not abate in the coming years. We have been blessed by The Greatest Generation and Baby Boomers. They once held all of the keys to the banking kingdom. They are/were the business owners, demanders of capital and loans, and significant depositors. They are/were steady, and changed slowly. I'm Gen X, the forgotten generation because we're a tad smaller than the generation above and below us. By the way, so is your CEO and much of your management team. Not your chairman. He's old.'

'Then came this bubble generation they named millennials. Initially, and maybe to this day, banks ignored them. They were weirdos. Staying indoors playing video games. Even as adults! Spending hours on their phones. Not talking. Texting! Ever call your millennial child only to get a text back asking "what?" Who are these freaks? Don't build our strategy around them.'

'This held serve because they didn't have any money. At first, the only money they had were from their Boomer and Gen X parents. There was no penalty for ignoring them. There was more of a penalty for chasing their bright shiny object financial needs.'

'There is a fintech firm, SoFi, that was born in 2011, that focuses on millennials financial needs. It started refi'ing student loans, something very few banks do. Because that is what millennials needed at the time. But SoFi focused on higher earning college majors: finance, accounting, medical, engineering. Sorry to the English majors. More recently SoFi acquired this little $170 million in total assets California bank. That transaction closed earlier this year. The bank is now over $2 billion in total assets. We can ignore millennials no more.'

'Even if you're a commercial bank, like [bank name], you can't ignore them. Firstly, commercial banks are significantly funded with retail deposits. Secondly, millennials own businesses that we want to bank.'

'So, what is demanded the next five years if we are to thrive? Here is what I think successful banks will do.'

'1. Identify your highest lifetime value (LTV) customer cohorts. Both businesses, by industry types, and retail, by retail demographic types. These customers may not be the most profitable today, like the millennials of yesterday. But over their lifetime, can deliver significant value to the bank and its stakeholders. But they must be in ample supply in your markets to support growth. No sense identifying trucking companies as high LTV customers where there are only a few in your markets. There simply isn't enough of them to drive growth. Marry your internal with external data to identify where you do well, can do well, and can make a difference. Those banks will win.'

'2. Prune and invest. It's no secret that since the Great Recession of 2008 branches have been in retreat. It was needed. We popped branches in every town for a decade. The accordion must contract. Now, some of you might be branch centric, executing your bank transactions over the teller line. But if I can give you the Cher Moonstruck slap, "Get Over It!" If that analogy doesn't work, think Will Smith on Chris Rock. If you're schlepping into the branch once per week or more, you are a dying breed. Millennials get annoyed if they have to go into a branch. And a branch, on average, cost about 1% of deposits in direct operating expenses. This is why online banks can pay higher interest rates. And oh by the way, it cost another 1% to support the operating expenses of support functions back at headquarters. Two percent is a big matzah ball out there to overcome and compete with Ally Bank. So banks, even community banks like [bank name] must take a sharp pencil to prune their branch network to compete with the higher interest rates of online banks, make investments in people and technology, and deliver to their shareholders. Because investments must be made. And those that make them have a much better shot at long-term success.' 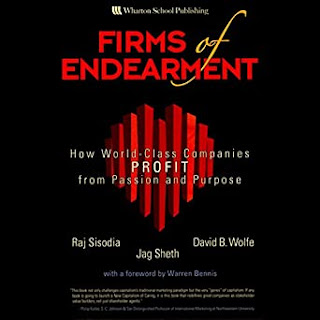 '3. Build a positive culture with operating discipline. Millennials will be our next leaders too. And they are elevating above "just a job." They want meaning in their work. And what greater meaning can they get than at a community financial institution? For those institutions that embrace a higher purpose. Such as elevating the economic mobility of retail customers. Or increasing the housing stock to keep housing prices stable in your markets. Or funding businesses with high potential to be the next significant employer. And guess what, companies that have a higher purpose, are meaningful to all stakeholders (in banking world, shareholders, customers, employees, and communities) and tend to perform better over time. A 2014 book called Firms of Endearment identified such firms and found they outperformed the S&P 500 over 5, 10, and 15 year periods. But this requires discipline. Not wasting resources on small or overlapping branches. And finding inefficient or ineffective processes and changing or eliminating them. By reaching a certain scale to deliver top quartile profitability. Make the cost of absorbing headquarters at your business lines go down. That 1% it costs a branch to support HQ should be cut in half. That will release resources to improve the customer experience, deliver higher performing employees capable of advising customers (i.e. what is demanded), make purposeful investments in the community so it can thrive, and delivering on shareholder expectations.'*

'A thriving community is the seed-bed for a thriving financial institution.'

'I'm bullish on community banking. Communities are beginning, ever so slowly, to recognize that the local bank is more important to the success of the community than the national bank. But it's not a slam dunk. In fact, I would say, using a Kentucky Derby analogy, that Epicenter as the national bank is currently in the lead. But if you saw how Rich Strike snaked through the field, you can see how I feel community banks can win this game. But you have to have discipline, be purposeful, and have a plan.'

'Be important to your stakeholders, and you will have a bright future."

I'm always happy to comment at your events, be it employee or shareholder or to your board of directors.

* For more on building a purposeful financial institution that has the operating discipline to deliver to its stakeholders, I humbly invite you to read my book: Squared Away-How Can Bankers Succeed as Economic First Responders.

Posted by Jeff Marsico at 3:53 PM No comments: