I love this time of year.  The leaves are changing colors and soon fall will give way to winter.  I cannot say I love the cold, bitter winter, especially when the roads are bad from snow and ice.  The markets have not given way to anything, with long term bonds still trading in a tight range and short term rates having risen from Fed action.  The economy moves along at its own pace.  We saw a strong second quarter, with GDP growth at 3.1%, and we know from the recent past that the third quarter should stay strong but weakness comes again in the fourth quarter.  This year, we may see a weaker third quarter due to the effects of Hurricanes Harvey, Irma, and Maria and the destruction left in their wake.  The overall forecast for GDP in 2017 is 2%.  Actually, the forecast for 2018 to 2020 is also 2%.  What else is new? 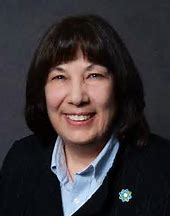 Fed Tightening
The Federal Reserve continues its tightening campaign.  They are expected to raise the Fed Funds rate for a third time in 2017 by another 25 basis points in December, 2017.  Why?  I suppose it is because they said they would raise rates three times this year and they are stubbornly sticking to what they said.

But raising the Fed Funds rate is not the only tightening going on.  Add to that the end of “QE,” or quantitative easing, which was the Fed’s bond buying binge that loaded up their balance sheet to over $4 trillion.  They have spent the last several years maintaining the current levels of bonds that they own.  They have seemed fairly nervous about their large balance sheet, so in September, 2017, they announced that they would allow bonds to mature or pay off in October- by $4 billion in Agency mortgage backed securities and $6 billion in Treasuries, for a total of $10 billion. But they won’t stop there.  The monthly amount will eventually rise to $50 billion.  Thus “QT,” or quantitative tightening, has begun, with uncertain consequences and disruptions to our markets, interest rates, the economy, liquidity, and the banking system.  All of this is happening while the markets widely expect the President to nominate a new Federal Reserve Chair to replace Janet Yellen, whose term as Chair ends in February, 2018.  Interestingly, her term on the FOMC does not end.

The tightening continues unabated, despite modest economic growth and stubbornly low inflation.  In fact, inflation has been less than 2%, the Fed’s presumed target, since 2009.  Neither GDP or inflation look to soar anytime soon, leaving us with Fed actions that will put upward pressure on short term and long term that will lead to lower GDP growth and lower inflation.  Something doesn’t seem right about this scenario, does it?

What Does the Economy Need?
Okay, I have been reading my economic textbooks, studying my data, thinking about the markets, and wondering about the Fed.  Why are they continuing to raise rates?  I theorize that they believe the unemployment rate is too low and will cause wage inflation.  They believe in the Phillips curve, which has an inverse relationship between unemployment and inflation.  They may also have seen an uptick in inflation earlier this year and thought they were right in raising rates.  Have they noticed that inflation was transitory and has now been falling?

The unemployment rate is low on the surface, at 4.2% in September, 2017.  The low unemployment rate in and of itself does not indicate that 7.6 million workers have multiple jobs to make ends meet, that the labor force participation rate of 63% is near a 40 year low, the pool of available workers is at 12.4 million persons, and that baby boomer retirees have given way to workers of less experience.  The Fed worries about wage growth soaring and driving higher inflation expectations.  I don’t think they have to worry too much; median household income in 2016 was $59,039, while in 1999 it was about the same at $58,655.  That is seventeen years!

I was fortunate to see a presentation this summer by Dr. Lacy Hunt.  He showed an enormous amount of historical economic and market data including real interest rates, debt levels, money supply, the velocity of money, GDP, inflation, productivity, and employment measures.  High debt levels compared to GDP, low velocity of money, low productivity, and low savings rates have conspired to keep GDP growth lower than historical averages, both on a real and nominal basis.  Downward pressure on inflation has been the result and Fed actions are only pushing inflation lower.  Tightening will bring higher short term rates, but may push GDP growth and inflation even lower.  We really don’t need either one to move lower right now.  Dr. Hunt demonstrated through his research that the extremely high debt levels are keeping GDP at low levels, keeping inflation at low levels, and keeping long term interest rates at low levels.  He believes we will remain in this situation for the foreseeable future.

Fiscal Policy
We are not seeing activity from Washington DC.  There have been several failed attempts to repeal and replace Obamacare.  Tax cut and tax reform proposals have been floated.  I really didn’t hear much about helping small business in them.  There isn’t much mention of infrastructure projects.  We are at a standstill when it comes to fiscal policy.  I believe that tax cuts will spur economic growth, but only if they do not increase government borrowing and the federal deficit.  As Dr. Hunt would indicate, increased government borrowing would only exacerbate the debt-to-GDP ratio, which has been greater than 100% for the past six years, and further weaken economic growth.

Many other good ideas have been presented, including ones to improve education, job training, and worker skills to better match the job openings of today and the future.  We have seen the elimination of several regulations; the lifting of burdensome regulations will help everyone.

The Kilonova
Did you see the major announcement by astronomers on October 16th?  NASA captured pictures of an extremely huge collision of two neutron stars.  This occurred 130 million years ago, but the signal didn’t get to Earth until August 17th, which was only a few days before the solar eclipse in the US on August 21st.  (We managed to score some of the eclipse glasses and observe the 80% eclipse here in PA).  The collision is called a “kilonova,” and it led scientists to see bright blue debris and massive amounts of platinum, uranium, and gold being created.  In fact, there was an estimated $10 octillion in gold created!  That is $10 billion, billion, billion.  Now that would create some economic growth!

Dorothy Jaworski has worked at large and small banks for over 30 years; much of that time has been spent in investment portfolio management, risk management, and financial analysis. Dorothy has been with Penn Community Bank and its predecessor since November, 2004. She is the author of Just Another Good Soldier, and Honoring Stephen Jaworski, which details the 11th Infantry Regiment's WWII crossing of the Moselle River where her uncle, Pfc. Stephen W. Jaworski, gave his last full measure of devotion.
Posted by Jeff Marsico at 5:48 AM