The State of Banking

What about the financial performance and condition of our industry? The Presidential State of the Union address was supposed to report to Congress the Administration's view of the condition and performance of our country. It has turned into a sea of words amounting to nothing more than a wish list and priorities. Because the nation's balance sheet and income statement is not improving. 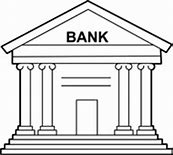 But what of banking?

The numbers are medians from all publicly traded financial institutions between $1 billion and $10 billion in total assets. That yielded 291 total institutions, broken down by region.

Financial condition ratios are promising. So I will say to you that the condition of the industry is strong. Assets, Loans, and Deposits continue to grow, although at a more moderate pace. And capital ratios have held steady and strong. In fact, if you listen to some institutional investors, the industry is over-capitalized. Many view an 8% leverage ratio as the "right" number. Although this should depend on an institution's risk profile and growth trajectory. And I have never heard a regulator say the phrase "over capitalized".

Non-performing asset ratios are in a long term downward trend. They have leveled off in the 60-80 basis point range. Some regions are experiencing slightly elevated non-performers from the previous year. A trend to watch.

The challenge with industry balance sheets is that loans have grown faster than deposits over the past few years. And loan/deposit ratios are steadily increasing as liquidity positions steadily decrease. Many bankers are less concerned about this citing their access to wholesale funding to bridge any shortfalls, or that they have been mopping up excess liquidity.

But rates have been rising slowly, and I believe Fed rate increases will accelerate this year, perhaps crossing the rate threshold where depositors now care what you pay them, and dooming those Betas in your ALCO assumptions to irrelevance. My opinion is that one or two more rate increases will trigger more skirmishes on the deposit battlefield. Those that have not positioned their bank to have strong liquidity will have to compete, giving back deposit mix gains they have worked so hard to achieve.

Net interest margins have leveled off from long-term industry declines. Good news! In 2017, NIMs ranged from a high of 3.8% in the West and Southwest, to a low of 3.1% in the Northeast. Are these anomalies due to region, competition, or business models? I would argue a mix of all three. But if I were a Northeast bank, I would ask why other regions achieved between 3.5%-3.8% NIMs and we're at 3.1%. That's a tidy sum to leave on the table.

Efficiency ratio trends look fantastic! And since NIMs are holding steady, it leaves me to think that operating expense control or increased profitability in fee-based businesses are at work. Based on my firm's experience with the profitability of fee lines of business, I am guessing the former. As balance sheets grow, operating expenses grow less, creating greater efficiency. Positive operating leverage!

Both ROAA and ROAE declined 2016-17, although efficiency is better. So what doesn't the Efficiency Ratio measure? Provision, and income taxes. Most of the institutions, if not all of them, probably took a Deferred Tax Asset (DTA) writedown in the income tax line item, impacting these bottom line ratios. But this probably doesn't account for all of the decline. Are assets growing faster than profits, therefore reducing ROAA? Is equity accumulating faster than an institution's ability to deploy it, therefore reducing ROAE? Or, is provision expense up throughout the industry. I believe a combination of the three. But if provision expenses are rising, credits could be moving from pass, to watch, to substandard, and onward. Take note.

Trading mutliple trends are jolting. Banking is not a long-term growth industry. In a past blog post I wrote about the PEG ratio (P/E divided by EPS growth), and to keep an eye out for anything that moves too far from 1. I further deconstructed a bank's p/e ratio because the industry is more capital dependent than most, if not all industries. I estimate that a bank's p/e can be reduced by 5-7 times to calculate PEG due to high capitalization. If I took 7x, and applied it to the Mid Atlantic's 22.1x p/e (the lowest of the six regions), then those banks would have to achieve earnings growth rates of 15% to earn that valuation. Note that p/e measurements for the below charts were done on 12/31, after the new tax law passed, and after most bank's announced their DTA writedowns. But prior to their earnings releases, so the reduced earnings were not yet baked in the cake.

Banks might earn that valuation depending on how they take advantage of the new tax law. Do they take the one-time earnings injection, or make strategic investments for longer term earnings growth. If the former, I do not believe the p/e's will last long term. And therefore I believe, as an industry, bank stocks are likely at peak valuations.

Or as industry stock analysts put it: Neutral.


What are your thoughts on the state of banking?


Note: I make no investment recommendations in my blog. Please do not claim to invest in any security based on what you read here. You should make your own decisions in that regard. FINRA makes people take a test to ensure they know what they are doing before recommending securities. I'm sure that strategy works well.