I usually take more time researching blog posts than writing them. Today is an exception. Rather than searching reputable sources for how this bank or that bank innovates, I thought I would give it to you straight from the gut.

Because experience tells me that bankers are struggling with innovation. There is so much buzz about it, we are challenged to separate the wheat from the chaff. Fintech, regtech, martech (new one), AI, RPA, Chat Bot, actual bot. What's a banker to do?

And who knows or can anticipate these problems better than 1) our customers, and 2) our people. 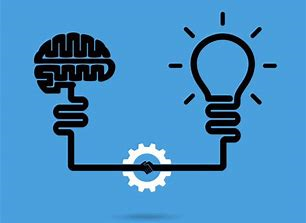 Here is my opinion that may not sit well with some of my readers: Innovation through rapid change will rarely be led by those long in the tooth. Their experience clouds their view of the pace of change, especially if their experience is with slow, methodical, decades-in-the making change. Because we tend to believe past is prologue.

I'm full of idioms when I shoot straight from the gut.

I'm not telling you to build an innovation culture surrounded by young people. Make innovation a bank wide call to arms. But in creating a culture of innovation, don't have your long in tooth leaders shooting down innovation arrow after arrow offered by your short timers.

Here is how I think you could foster such a culture:


1.  Make Innovation Problem-Resolution Based. Nothing is more frustrating than expending organizational resources on a non-existent problem. Changing IHOP's name to IHOB comes to mind. HSBC putting actual robots in branches is closer to home. Community financial institutions' resources are already taxed by technology and regulation. Don't over-tax by encouraging innovation on problems that don't exist either internally or with our customers. So when you establish an innovation culture, the subject line of the memo proposing the innovation should be the problem the institution is trying to solve. Let your competitors waste resources on cool gizmos that only end up being resume' bullets for tech weenies.


2.  Coach Long-Timers. I've called them stoppers, sergeants, and old-schoolers. These are the people that implemented processes in the past that your innovators are now trying to solve. Like the cumbersome process that may exist in your bank to send wires. The story goes like this: a fraudulent wire got through, the bank CEO sternly directed ops personnel to ensure it doesn't happen again, and it now takes a DNA sample for someone to get a wire out. And the owner of that process is the department manager of the innovator trying to solve for a problem created by their boss. Here is where senior management will earn their leadership chops. Turn the stoppers into innovators. Or at least facilitators of innovation.


3.  Recognize and Reward. I called for a bank wide awards ceremony in a post two years ago (Five Ideas to Build an Accountability Culture at Your Bank). Innovation awards should be a part of the ceremony. Perhaps a central feature of it. Hand out a trophy. Give out meaningful cash and/or vacation time. Salute Long-Timers for fostering the culture that led to innovation. Demonstrate tangible results. Emphasize the problem solved.


These are my ideas on how to build an innovation culture that focuses innovation efforts on solving problems, real or emerging.

What other ideas do you have, or have heard of, that can move financial institutions forward fast enough to build a long-term future?