September 1st, 1999, regulators from the Federal Deposit Insurance Corp, at the behest of the Office of the Comptroller of the Currency, descended on a small coal mining town in Keystone, West Virginia.

The town, already depressed from coal's decline, had a population of 600. Clearly, blue-suit regulators stood out. The bank, First National Bank of Keystone, was $1.1 billion in assets, had 87 full-time equivalent employees, and accounted for two-thirds of the town's tax revenue.

The blue-suits were not well-received. In fact, during the OCC exam that led to the bank's failure, federal marshals were called in to keep regulators safe. Harassment included a bellicose management team, scowls from the townspeople, and threatening sidewalk art outside of the bank.

In 2015, nearly sixteen years to the day of the failure, the last defendant, Terry Church, was released from prison. 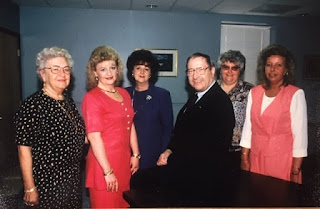 Church, part of "Knox's Foxes", was a Vice President of the bank and President of the mortgage subsidiary, which was at the center of Keystone's problems. She effectively ran the bank and its operations. Because the then-President was Billie Jean Cherry, the former town mayor, and paramour of J. Knox McConnell, the mastermind behind the bank's meteoric growth and the "Knox" behind "Knox's Foxes". McConnell died suddenly two years prior to the bank's failure.

Why Knox's Foxes? Because McConnell hired only women, stating he didn't want any relationship entanglements at the bank. He did not note the irony that he had a relationship with a board member. He was also ok if two women entered a relationship.

I'm not making this up.

McConnell came to the bank in 1977 from McKeesport, Pennsylvania. Another depressed town due to the general economic malaise that bedraggled the region when the steelmaking industry moved elsewhere. So McConnell was comfortable in a depressed area.

How did McConnell do it? In 1990, the bank ramped up its HUD Title I loan program. These loans were primarily for home improvements, and if over $7,500, required a lien on the home. The government guarantee allowed for a secondary market in these loans. Meaning they could be packaged and sold to investors. And so went the birth of First National Bank of Keystone's meteoric rise.

They purchased these loans from lenders all over the country. How else can you blow your balance sheet up (pardon the pun) from a dying coal town? Nationwide lending! The bank, or more accurately its mortgage subsidiary, eventually run by Church, packaged these loans, securitized them, and sold them on the secondary market. Booking the valuable "gain on sale of loans". They kept some. But sold most.

Keystone expanded its lending to include high loan-to-value mortgages and home equity loans. So it's balance sheet by the time it failed was chock full of these loans plus the Title I loans they did not sell. Or so we thought.

How did the bank fund a $1.1 billion balance sheet from a town of 600? Nationwide brokered deposits.

But oh, its balance sheet was not all it was cracked up to be. I could not uncover if McConnell was complicit in what went down and his "Foxes" just continued the charade, or if the Foxes were the brain child behind it. And by Foxes, I'm not implicating all bank employees. I'm specifically talking about Billie Jean Cherry, and Terry Church. However, it seems unlikely that McConnell didn't orchestrate the fraud. He set the tone for antagonizing regulators. And the bank had over $800 million in assets at the time of his death.

In 1998, the OCC gave the bank a Consent Order. No worries though, because the bank was fabulously profitable and management was in the business of ignoring their aggressive overlords. Cherry and Church kept the loan machine churning, and paid lackluster attention to the OCC. And anyone that has experience with the OCC, knows that ignoring them is like ignoring a crazy boyfriend or girlfriend's texts.

The OCC required Cherry to step down as president, deeming her incompetent for the job. They suggested one of their own to step in. In 1998, Keystone directors appointed Owen Carney as president, who had spent 28 years with the OCC.

Carney started work on February 1st, and lasted two months. Bank officials told him that employees were unhappy with his management style, and they controlled enough stock to keep him off of the Board. In hindsight, Carney said in an interview that he believed bank officials forced him out for reasons that had nothing to do with his management style. They feared he would discover the fraud.

As a side note, one reason Cherry and Church had enough stock to control the vote was because Cherry gained control of McConnell's estate. She subsequently looted it and went to jail for it, and denied McConnell's will to donate a significant part of his wealth to his alma matar, Waynesburg University in Pennsylvania. Even though Cherry and McConnell had a 30 year relationship, Cherry married someone else one year prior to McConnell's death.

There really should be a movie.

The OCC's 1999 exam was the final domino. The last straw, The end of the road. During that exam, the OCC decided to verify the loan portfolio. Typically, regulators would rely on the financial audit to verify assets and liabilities, among other things.

But the OCC had been criticizing the bank's accounting practices for years, issuing exam MRA's and informal memorandum's compelling them to fix it. First McConnell, then the dynamic duo of Cherry and Church, ignored regulator admonishments.

Until the OCC decided to check things out for themselves.

When the OCC finished looking, they couldn't find $515 million in loans. On a $1.1 billion balance sheet. I'd say that was material. You?

When they started asking bank officials "where are they?", they received nothing but sneers. And that's when the federal marshals were called in. Things weren't going well, and they were about to get worse.

Worse because, knowing the gig was up, Church asked her husband, who was in the construction business, to pull his trucks next to an old school building where the bank stored its documents, so the Foxes could dump boxes of records into them.

And what happened after they ended up in trucks? They were buried in a 100 feet long, 30 feet wide, and 10 feet deep trench dug at Church's house. Dirt was poured over them, and they were seeded so it didn't look like what it was. Nice touch, right?

Still not making this up.

And Now, the End is Near

Nearly half of the bank's assets were MIA. They had been likely sold in the secondary market, and never removed from their books. Meaning the bank was booking interest income on loans it did not own.

Recall that in 1998 the bank recognized $102 million in interest income. But with $515 million of phantom loans, the real number was likely less than half. Making the bank, effectively, insolvent.

In comes the blue suites.

Out goes employees. And to jail goes Church, Cherry, and Michael Graham, another mortgage subsidiary employee. Someone must have loosened the "no men" philosophy of Knox McConnell to let Graham in the door. 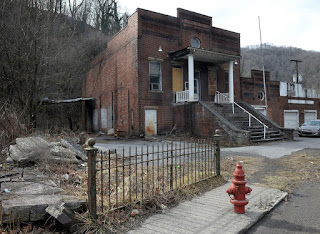 Graham flipped and got the lightest sentence because he didn't re-write and forge McConnell's will. That was Church and Cherry. Cherry died in 2008 while still in jail. And Church was released in 2015. I could not find her whereabouts. She's 66 years old now. Other Knox's Foxes involved in the fraud and pleaded guilty were Melizza Quizenbeury, Barbara Nunn, Lora McKinney and Ellen Turpin.

There was one other criminal case that emerged from the bank collapse. Norma Faye Canipe met Church in prison. After her release, Canipe went to Keystone (why would anyone go to Keystone) and attempted to sell off Church's ranch. The infamous ranch with the football field sized trench that once was the final resting place of the bank's mortgage documents. The problem was the government owned the property because it was bought with Church's compensation from the bank... i.e. ill-gotten gains.

Today, Keystone remains depressed. Even more so since it's biggest employer and major taxpayer was mercifully taken over by an out of area financial institution.

And the bank's tagline, "Time Tried, Panic Tested" is now a punchline.

You can't make this stuff up.

Charlestown Gazette on article from 2018 on Keystone decline:
https://www.wvgazettemail.com/news/once-a-booming-town-keystone-struggles-to-hold-on/article_fc44b588-61be-5e11-a6cf-04262135dd21.html