It's not that I'm selfish about losing a client. Although I wished it wasn't true. What brought me down more was such a unique bank was leaving us. One that pledged 10% of its pretax profits to charity. They embraced the Old Testament tradition of tithing. In 2018, ASB tithed over $900 thousand.

From their 2018 annual report: 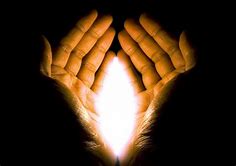 "From the beginning, we have been unique among American banks, founded on the Old Testament concept of stewardship. Stewardship comprises four basic tenets: ownership, responsibility, accountability and reward. We have been maintaining these ideals since our origin in 1985, particularly regarding "reward," as we tithe 10% of our annual earnings to organizations that attend to the physical, emotional and spiritual needs of others, locally and abroad. This effort includes inner-city missions, educational programs for youth, caring home environments for the elderly and spreading the Gospel. To date, we have given back over $10.1 million."

Not that Columbia Bank isn't going to pick up the mantle. When they did their first step conversion, they set up a charitable foundation, as many do when they convert from mutual to stockholder owned. The foundation pledged over $3 million last year. And as part of the ASB merger, the foundation will commit at least $500,000 per year to ASB markets. So the giving will continue.

But does this mean that a publicly traded bank, or any company, will struggle to create and honor such a pledge in the future? Nine hundred thousand dollars was over 4% of ASB's total operating expense in 2018. That means they needed 4% less somewhere else to deliver the same profits as other financial institutions. Could it have been too much of a burden to deliver the same level of profits and have the same market valuations? I realize that other banks give time and treasure to support their communities. But at ASB's level and with a public pledge to do so?

There are likely others like ASB, although only one comes to mind. Providence Bank and Trust in South Holland, Illinois also pledged to tithe since its founding in 2004. Providence is now over $1 billion in total assets due to both organic and acquisition growth, and is generating solid profits. In 2018, they gave over $600 thousand to charity. The difference between Providence and ASB is that Providence is not yet public.

Is it possible to be public and to tithe?

I hope so. Because it is the natural evolution of a mixed economy that tilts more heavily towards capitalism than socialism. In a heavily socialist leaning economy, people look to government for charity. And the government looks to their people and companies to fund such charity. Eventually, the government runs out of other peoples' money.

Capitalist economies tend to generate greater innovation, efficiencies, and profit. Our public companies, in considering communities as a constituency on par with shareholders, should be able to apportion a piece of the outsized profits that a for-profit company in a capitalist economy should generate. "It is more blessed to give than to receive."

Because we are all in this life together.