A Whale of a Tale: Enloe State Bank

"The bank's on fire!" So said the panicked cleaning person that ran across the parking lot from the bank to the adjacent restaurant. "Call 9-1-1!"

The bank in reference was Enloe State Bank, a $37 million in total assets, one-branch bank based in Cooper, Texas, population 1,969. The fire happened on May 11, 2019 and came from their board room 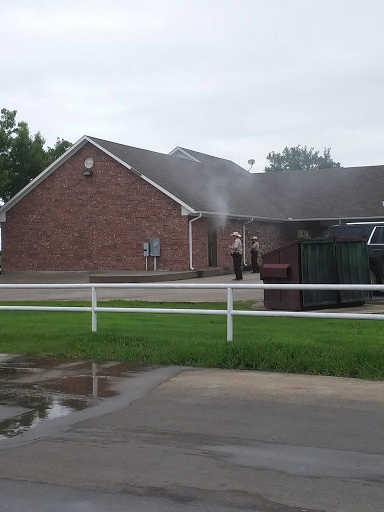 (see pictures). On fire were documents requested by the Texas Department of Banking (TDB). Which made them suspicious.

As suspected, the fire was purposefully set so the TDB couldn't get their arms around what was apparently going on.

And what was going on in this tiny enclave 80 miles northeast of Dallas that has four heads of cattle for every one person? Fraud. For over a decade.

According to the Office of Inspector General (OIG) In-Depth Review (IDR) of the incident: 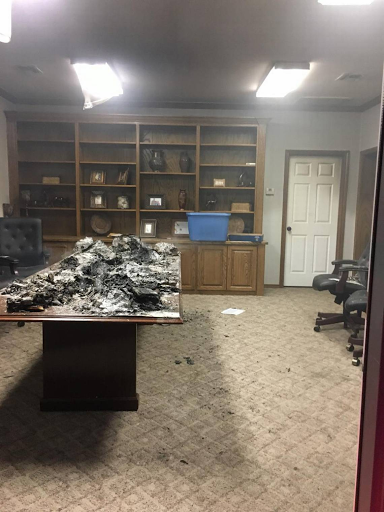 "Enloe State Bank failed because the President and the senior-level Vice President perpetrated fraud by originating and concealing a large number of fraudulent loans over many years. ESB's President was a dominant official with significant control over bank operations and limited oversight by the Board of Directors (Board). The bank President used her role as primary lender, with inadequately controlled systems access, to originate millions of dollars in fraudulent agricultural and other commercial loans. She hid them from the Board and regulators with assistance from unnamed co-conspirators."

When the TDB shut them down and the FDIC investigators came in, they had to occupy the church next door because of the smell from the fire. Then they started contacting customers who unknowingly had loans. Pat Ainsworth was one such customer on the hook for a loan, $127,000 worth to be precise. Well, not actually Pat. The borrower was her dead husband. Who apparently rose from the dead two years after his death to sign loan documents.

Since 2009, bank president Anita Moody had been booking fraudulent loans to do things like buy herself a Jeep, pay off her daughter's loan, and deposit money into her boyfriend's business account. And, it should be noted, in ponzi scheme like format, booking loans to pay for other fake loans so they wouldn't go delinquent. Over 100 loans totaling over $11 million for over a decade.

"A dominant official or policymaker is defined as an individual, family, or group of persons with close business dealings, or otherwise acting in concert, that appears to exert an influential level of control or policymaking authority, regardless of whether the individual or any other members of the family or group have an executive officer title or receive any compensation from the institution... [A] dominant official is often found in a "One Man Bank" wherein the institution's principal officer and shareholder dominates virtually all phases of the bank's policies and operations. However, a dominant official can be found at institutions of various sizes, structures, and without regard to organizational charts."

The FDIC issued this guidance in June 2011. The first Report of Examination (ROE) mentioning the presence of a dominant official at Enloe was in 2018. Moody had worked at the bank her entire adult life, having started there in 1978 while still in high school. She became president in the mid 2000's, and owned a near 25% stake in the bank. She also controlled IT access, and various other duties customary in a small bank with eight employees. Certainly enough to be considered a dominant person.

But she had help. In August 2020 the bank's vice president, Jeannie Swaim also pleaded guilty to a bank fraud charge, admitting to creating fictitious loans to channel over $400,000 to her husband over a period of five years.

The OIG was critical of the TDB and the FDIC for how long it took them to uncover the relative level of loan fraud. In the examinations done by both regulators between 2013 and 2018 the bank received a composite CAMELS rating of either a "2" or a "1". They received the "close 'em down" CAMELS rating of "5" only after Moody went all pyromaniac in her board room. A blinking red light to say the least.

For her actions, Moody agreed to pay back the over $11 million she stole, and to spend seven years in federal prison. Where she can be the "dominant official" in her cell.