"In case you're looking for some light reading this weekend, FRB-Philadelphia working paper 21-08, Does CFPB Oversight Crimp Credit?"

So went a tweet from one of my Twitter connections. So I listened to him, and dialed up the FRB-Philadelphia WP 21-08. Forty three pages later, with formulas like:

I got my answer.

Note that the study was limited to Federal Housing Administration (FHA) loans. For the uninitiated, an FHA loan is government-backed mortgage insured by the FHA. It is popular with first-time homebuyers, low to moderate income (LMI) homebuyers, and those with relatively low credit scores... as low as 500. It normally has a low down payment requirement, as low as 3.5%. You can see how it accelerates home ownership, which many economists and policy makers feel is critical to improving net worth.

The study revealed intended and unintended consequences. First, the intended consequence was that CFPB oversight is associated with improvement in mortgage servicing practices, leading FHA mortgages from CFPB-supervised banks to become less likely to transition from moderate to serious delinquency. Poor servicing practices were an important driver of the foreclosure crisis during the Great Recession; the study results suggest that tighter regulatory oversight may help reduce inefficient foreclosures during economic downturns. This is good.

There were two unintended consequences. The first was regulator arbitrage, where a bank decides to have an activity regulated by one entity rather than another because of the perception that the chosen regulator will be less risky to them. In this case, bank holding companies (BHC) with mortgage subsidiaries in the holding company had a tendency to put the mortgage sub under the bank where it would be regulated by the bank's primary regulator and not the CFPB so long as the bank was less than $10 billion in assets. If it was in the BHC, it would be a non-bank mortgage lender, and therefore subject to CFPB oversight, even if the bank was under the $10 billion threshold. Meaning: banks chose to avoid CFPB oversight.

The second, and presumably more actionable unintended consequence: Banks subject to CFPB oversight decreased FHA lending and replaced that activity with jumbo mortgage lending. To avoid the reputation and regulatory risk of doing FHA lending, banks chose to do less of it, and therefore reduced the amount of credit advanced to first-time homebuyers and LMI families. Jumbo mortgages are typically for larger homes for wealthier and more credit-established families. There was no conclusive evidence that non-bank FHA lenders and under $10 billion FHA bank lenders increased FHA lending to make up for the shortfall.

Let that sink in a bit.

Further, after the 2016 election, banks subject to CFPB oversight began anew with FHA mortgage lending. They must have perceived lower reputation and regulatory risk in doing so, and therefore came back into the market.

This is actionable information for both lawmakers and regulators. Particularly given the aggressive rhetoric coming out of the new-teeth CFPB. 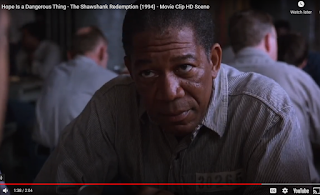 Maybe they should read the study. And modify their approach. One can hope. But as Red from Shawshank Redemption said:

"Let me tell you something my friend. Hope is a dangerous thing. Hope can drive a man insane."