In 2012 the Obama administration launched "Operation Choke Point" ("OCP") which was designed to ensure banks considered the risk of banking payday lenders that were engaged in abusive practices. It sounded laudable enough, with the goal of OCP, according to federal officials, to combat fraud by preventing criminals from accessing financial services.

But what it turned out to be is nothing more than old fashioned thuggery where the government would use the safety and soundness mandate so their regulatory bodies could pressure financial institutions from doing business with disfavored industries. 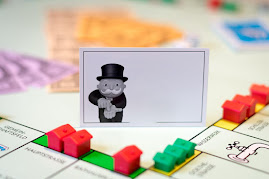 What were disfavored industries? The FDIC's quarterly Supervisory Insights for Summer 2011 had a list! It has since been modified and the list removed because it was too obvious what they were doing. But here are some of the "high risk" industries on the list: ammunition sales, ATM operators, coin dealers, dating services, drug paraphernalia, firearm's sales, fireworks sales, home-based charities, lottery sales, pawn shops, payday lenders, pharmaceutical sales, racist materials, surveillance equipment, tobacco sales.

This was an obvious attempt to bully banks into making it so risky to do business with disfavored industries that many banks, under fear of enhanced regulatory scrutiny, stopped doing business with them. OPC formally ended in 2017. But the bad taste lingered.

So much so that the acting Comptroller of the Currency of the prior administration, Brian Brooks, proposed a rule in November 2020 that would forbid banks to blacklist legal industries. But in January 2021, the new OCC announced it would pause the "Fair Access" rule that was intended to prevent another Operation Choke Point. Because we are going after "climate related businesses." Again, legal businesses that are politically out of favor.

Imagine the community bank that is experienced in lending to fuel oil businesses in or near its markets because it's comfortable using trucks, tanks, and oil inventory as collateral. Now, under the guise of "transparency", mandatory disclosures, and risk mitigation regulators begin asking more and more intrusive questions about the banking relationship with these local fuel oil businesses.

They find your underwriting or risk mitigation techniques deficient. Issue matters requiring attention in your exams. And although your loss experience has been very good with these businesses, you are finding it troublesome to continue to bank them. Or, minimally, you will have to increase their credit costs to make up for the added scrutiny you are required to give. So you back out. And other local lenders aren't anxious to take up the mantle and relive your experiences. This could put significant pressure on the local fuel oil companies so many residents rely upon. No matter. Climate risk.

Now, imagine there is a change in presidency. And the current president has his/her own industries he/she disfavors. And evolves from "climate risk" to [insert risk de jour]. I encourage you to read Jenna Burke of the Independent Community Bankers Association's piece on this issue in their latest Independent Banker magazine (link: Jenna Burke: Leading the climate risk charge – Independent Banker). Interesting was the section "Lack of Empirical Data." As if that matters. :)

Even if you want banks to stop lending to the local fuel oil company, you must be able to see the predictable consequences of picking and choosing disfavored industries and then bullying banks through regulation to stop doing business with them.

Because the "climate risk" ruse is exactly that. Let bankers determine if lending to this industry or that is risky. Not politicians or bureaucrats. Because that, my readers, is the slippery slope to tyranny.