In the mid to late 1990's, my employer, First National Bank of Maryland based in Baltimore, bought Harrisburg, Pennsylvania based Dauphin Deposit Bank. They put together a transition team. I was on 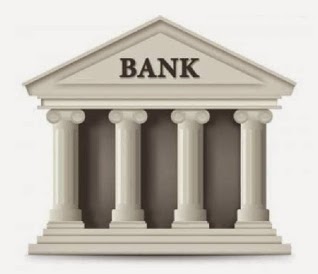 that team. One of our responsibilities was coming up with a new name. After thousands of hours and millions of dollars, Allfirst was born. And hence the title for this blog post.

Are you going through a similar exercise? With Allfirst still fresh in my psyche, I occasionally throw stupid bank names at bankers contemplating a name change to increase the likelihood they won't make the same mistake. Here is what I came up with so far...

Allfirst - My poster child for stupid bank names. They didn't even include bank in their marketing materials, leaving customers and potential customers wondering, who?

Open Bank - I featured Open Bank in my annual total return top 5. Kudos for delivering value to their shareholders. As for their name... what if they are closed?

First Bank - The context of this blog post is for considering a new name. I know many of you may be named First Bank because that's the way it was 100 years ago, or your name was First Savings Bank and you dumped the Savings or First National Bank and you dumped the OCC. But there are 77 other First Banks in the country. If your brand strives for assimilation, then go with it.

Rabobank - Not a large leap to Rob A Bank.

IndyMac Bank, FSB - Sound like a burger joint to anyone else?

First Integrity Bank - This Minnesota bank failed in 2008. If you have to put integrity in your name, well... The same with Honest, Fair, or any other similar name describing behavior that should be part of the culture. The exception being Trust, since this is a distinct charter and/or service offering. I may get a call from my friends at a similarly named bank near my home on this one. But they should've given me a call before printing the letterhead.

Bank of Bird In Hand - This is an Amish focused bank. Named for the town where it is located. So they probably don't view the name with the same smirk as me. And no, for my non-Pennsylvania friends, you cannot drive from Blue Ball, through Bird In Hand, on to Intercourse, and arrive in Paradise. All Central Pennsylvania towns. But not lined up in that order. My point here is, not every town name should be on your billboard.

MutualBank - On the surface, not a bad name. And I may get an e-mail from my FMS friend, Chris Cook. But truth be told, MutualFirst Financial of Muncie, Indiana, the holding company for MutualBank, is publicly traded. It's not a mutual.

K Bank - In today's abbreviated texting and social media world, this is a bad name, K?

Innovative Bank - Through the worst banking crisis since the Great Depression, only about 5% of FDIC-insured financial institutions failed. Could being in the 5% group qualify you as innovative?

This is only a small list of banks based on my personal knowledge and some database searches. I'm sure there are more out there.

You may be surprised that I excluded some names such as the often lampooned poster child for stupid bank names, Fifth Third Bank. But it is a distinctive name, that has been around for a long, long time. I also respect some old school bank names, such as Old Second, etc. And banks with small town names that don't result in sophomoric snickers are also fine, in my opinion. Even affinity branded banks, like Red Neck Bank (actual division of a bank), have some merit.

So if you are grappling with the bank name issue, make sure that when you are presented with options as to what to call your bank, take a step back, and think. Ask somebody outside of the re-branding process. Common sense trumps a marketing study.

P.S. If I offended anyone, I apologize.