For Banks, What Is Top Quartile Performance?

What is top quartile financial performance? I am often asked this question, and top quartile performance appears as stretch goals in many strategic plans. And I say bravo! Nobody wants to be average.

Usually top quartile performance is compared to a bank's or thrift's pre-selected peer group. Executive compensation is often tied to it.

I won't belabor the point. A key benefit of being a blogger is that I can use research I perform for my own knowledge to benefit my readers.

The below statistics are from all FDIC insured financial institutions either for the year-to-date ended or period ended September 30, 2017. This period end was largely driven by the significant number of financial institutions taking deferred tax asset write downs in the fourth quarter, which would have skewed ROAA/ROAE for the year ended 2017. I used Call Report data, so the calendar year is the fiscal year.

I also excluded extraneous performers by category, as noted in the footnotes of each table. For profitability numbers (ROAA, ROAE), I excluded Subchapter S financial institutions. Quite a large cohort at over 1,900. Sub S bankers can gross up those numbers to come up with their equivalents.

See where your financial institution ranks! 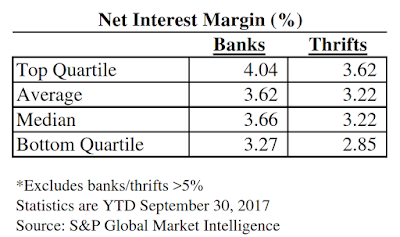 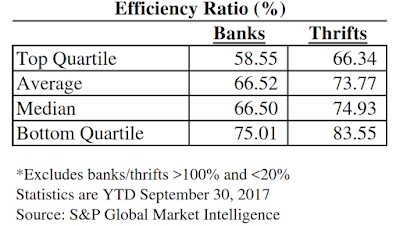 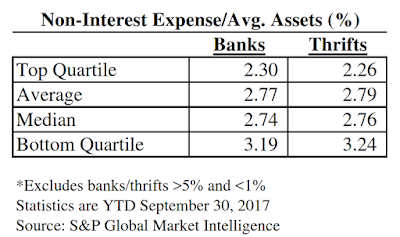 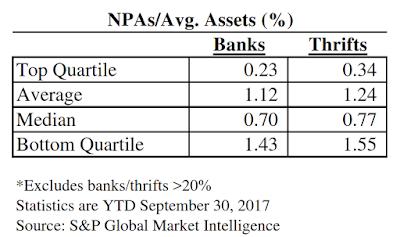 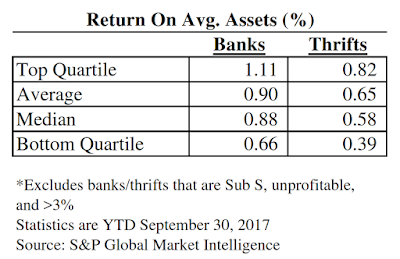 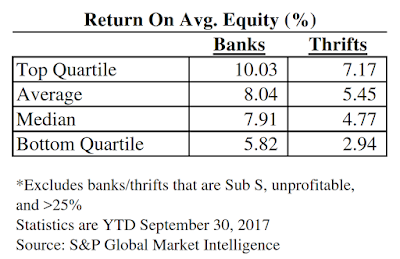