I'm All Fired Up!

"Ain't nobody livin' in a perfect world,

And everybody's out there, cryin' to be heard

And now I got a new fire, burnin' in my eyes

I'm All Fired Up! 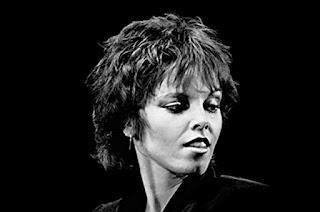 This past Sunday, CBS Sunday Morning ran an excellent segment on Pat Benatar and husband / lifelong bandmate Neil Girardo. I loved Pat Benatar growing up. And today I still crank the volume when she comes on Classic Rewind on my radio.

And then they dropped a truth bomb on me: Pat Benatar is not in the Rock and Roll Hall of fame.

How does Gene Vincent & His Blue Caps (inducted) feel about that? I bet Sam & Dave (inducted) would also be miffed.

I'll get right back on my feet again."

You know I'm about the facts.

So I consulted Cleveland.com 2019 ranking of all Hall of Fame inductees, using their "Marginal Inductee" list to compare their Gold, Platinum, Multi-Platinum, and Diamond albums to Benatar's. Now, Cleveland.com developed an objective way to create their rankings. Visit the article here. But don't come at me for who is on the list.

I then cross-referenced to the Recording Industry Association of America's tallies for most Gold, Platinum, Multi-Platinum and Diamond selling albums. The results of Benatar compared to the Marginal Inductee list are below, except most of them did not even make the RIAA list. The one's that did, are listed below. In other words all except Benatar are in the Hall. 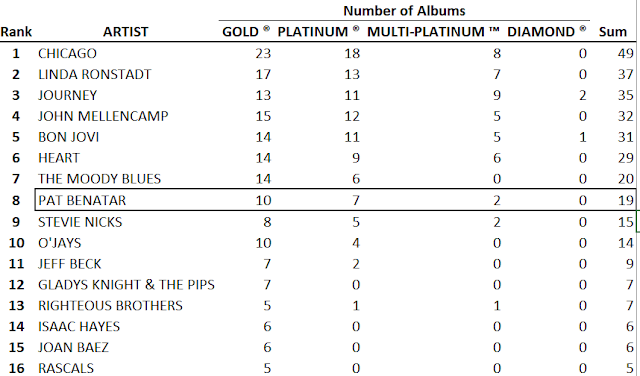 In 2016, the CEO of the Rock and Roll Hall of Fame discussed the nomination process as this...

A Rock and Roll Hall of Fame Nominating Committee, consisting of "roughly 24 people", who remain top secret so artists don't lobby them, gets to nominate two artists for induction. That brings the total to around 50. The committee then has an open discussion behind closed doors (which seems ironic), narrowing the list to 15 nominees. Ballots are then sent to nearly 600 rock and roll historians, members of the music industry, and artists including every living member that has been inducted. 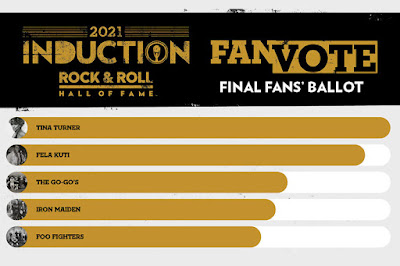 And yet, this process hasn't produced Pat Benatar.

In the CBS Sunday interview, Pat and Neil were magnanimous about it. They don't need the validation. But I need it for all of the albums, 8-tracks, and cassettes I bought and wore out!

"We belong to the light,

We belong to the thunder."

And Pat belongs in the Hall!

I'm all fired up. And so should you!

Email ThisBlogThis!Share to TwitterShare to FacebookShare to Pinterest
Labels: All Fired up, hit me with your best shot, jeff for banks, neil girardo, pat benatar, rock and roll hall of fame, we belong